Well the time has come to get a few more crashes out of the way. We had a major server crash that some how managed to slip through testing on our end, along with a client side crash with tukMC is also installed and you looked at one of our quarter, elbow or mini logs due to tukMC trying to render an a block with invalid metadata.

We also started updating some of the block "names" that minecraft/forge stores in maps in preparation for upgrading to 1.7. This will cause MC to complain that blocks have changed but is just MC/forge letting you know that we updated stuff on our end so that once the fully get rid of external id's you won't have to type something like "extrabiomes.block.BlockCustomFlower:extrabiomes.block.BlockCustomFlower" and instead be able to do something more along the lines of "extrabiomesxl:flower1", much easier on the keyboard ehh?

Oh and we back-ported the new localization and smart tool tip code so that flowers and such can now have their tool tips localized. If anyone has any suggestions for flavor text for any of the flowers that don't have descriptions feel free to chime on in, although Annysia would probably prefer that you do it over on the official forums thread where you gets notifications about such any posts.

Not much new news about 1.7 at the moment as I personally have been catching up on sleep and dealing with my full time job, and other outside of modding stuff along with getting 3.15.6 out the door.

That said I do have stairs completed so there is that, but they may end up getting a little more work as they way that vanilla handles stairs is a little restrictive for what I would like to do with the block config file, but that will have to wait for the moment. 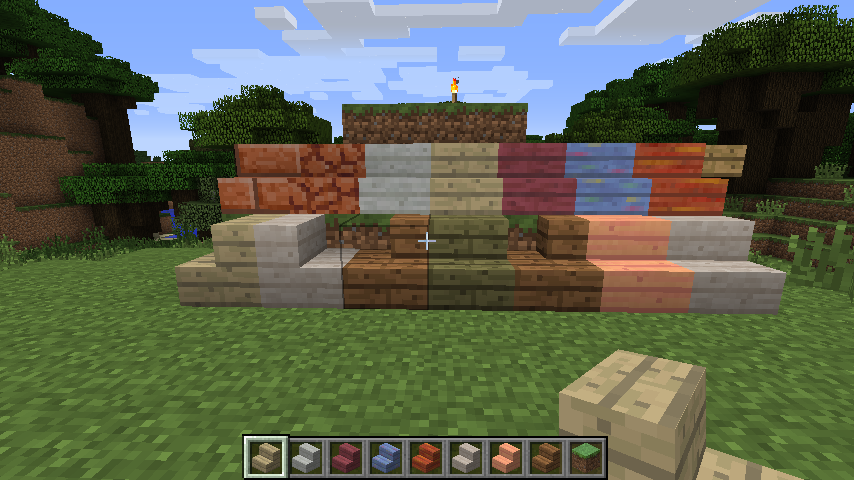