Do Not Adjust Your Set

Howdy, my name is Allaryin and I just tricked the others into giving me write access to the dev blog ;)

First off, by way of personal introduction. I'm a professional software developer and have been around the modding community for about two years now - primarily releasing small patches for other peoples' mods and hanging out on irc. I had made some small changes to EBXL in the past (mostly config file improvements iirc) before officially joining the team last month. I am also one of the developers on MCUpdater as well as several small mods that were doomed to obsolescence as Vanilla (or other big mods like Thermal Expansion) beat me to feature releases.

We have big plans for EBXL, and I am going to make sure we actually inform people of interesting progress as we start making more regular releases in the very near future. If all goes according to my evil plan, we will be updating to MC1.7 in the next couple of weeks as well as making at least one final MC1.6 release after this last one.

One thing I've been playing with is New Dawn support. It is in the early stages, but since New Dawn itself is pretty young too, I don't feel bad letting people see what we've got. The mod is a cool alternative terrain generator, and it gives me really interesting controls over what sort of conditions biomes appear in.

Speaking of this release, it is almost ready - but a few of us have had some real life emergencies come up that are cramping the schedule a bit. We will be releasing 3.15 within the next 24 hours, hopefully sooner than later.

In the worst case, where we still have not vetted all of the patch's changes, I will make sure we still release the stable updates and make quick mini releases to follow up in the next few days.

In the meantime, enjoy this soothing image while I go pound out the last few bugs with a hammer. 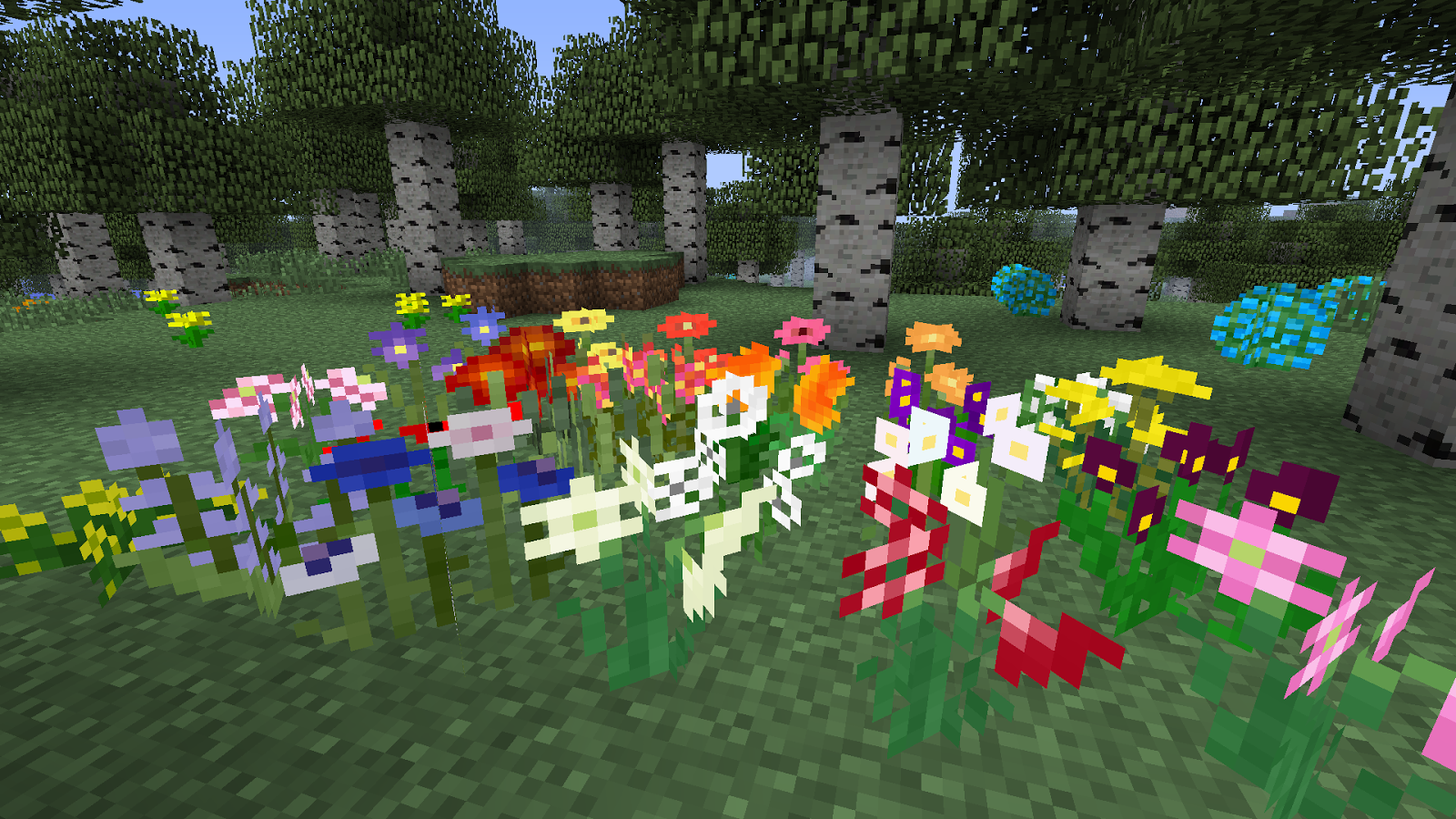 Posted by Allaryin at 8:50 PM No comments:

I was hoping to get the rest of the team to write a post, as I think it's nice to get to know the whole team as well as get their perspective on things.  However, our coders, Shecky, Allaryin and Joe12o, are busy coding and our texture guy, Zenth, is busy making textures for all the new things, so you are stuck with me posting again this week. :P

The team has been hard at work so that we can get some new content out to you all.  But before we can do that we needed to do quite a bit of clean up to the code as well as some other behind the scenes things,  which while not very exciting, will make EBXL much better.

That being said, we are hoping to have a little bit of new content in the release planned for this Friday.  We are adding new flowers of our own, plus Zenth has worked on getting textures redone for the flowers from Forgotten Nature and More Than Just Trees mods.  If you follow our blog or thread you know that many things from those 2 mods are being incorporated into EBXL.

We will also be adding in tooltips for some items.  Right now, most of you are probably familiar with most of the things that EBXL adds, but with all of the new content we are going to be adding over the next few months, we thought it would help everyone learn about what different items do if we added tooltips.

This release will also include Thaumcraft 4 support as well as beta support for the New Dawn mod, and perhaps a few more things if we can get them completed in time.

We are hoping to add more content in the next release, which we are wanting to have ready within 2 or 3 weeks from the release this Friday.  After that, we will see where Forge is at in regards to a stable release for 1.7 and either add some more content to 1.6.4 or release a version for 1.7.

We have been very busy these last few months and have added 2 more people to our team, Allaryin and Joe12o.  They are both great additions to the team and have already had some fantastic ideas.  While waiting for Forge to get closer to releasing a stable version so that we can update to 1.7, we are planning a couple of releases to our 1.6.4 version.

Some of the things we are hoping to put in these 2 release are:

We are hoping that after these 2 releases, Forge will have a stable version and we can then update to 1.7 and start looking ahead to 1.8.

We have A LOT of new things coming up in the next few months.  I don't want to give away to much, but just a few of those things are:

We will also be trying to update the blog on a weekly or bi-weekly basis with information and screenshots of what we are working on.  As always, we look forward to hearing ideas and feedback from our players.  Please feel free to post them here on the blog or on our thread on the Minecraft forums.