The last of the logs to complete is our Mini Logs which received a bit of an upgrade, they now support the ability to have multiple types of log in one block and can come in varying sizes, as shown in the picture above. The shot is a dev test so the smaller log is just reusing the Sakura log's textures, but it shows the basic concept and power of the new design. We also had to deal with a rendering issue with the log in item form that didn't make itself present until 1.7. It is what I get for hacking together the rendering code for it before I fully took the time to understand it. The logs could still use a bit more work on their normal rendering, as since they use custom rendering code for their "nubs" to allow them to attach to things like other branches or leaves, they don't do smooth lighting properly. This will probably get pushed to the side for the moment as getting the rest of the mod updated is a little more important, and once I finish the update if some wants to contribute and push a change to fix that issue on github they would be more than welcome to do such.

As part of the update I discovered the Block.isWood method, so the mini logs now are able to connect to any block that reports that it is wood, much better over how I was try to do it before, and it has the benefit of supporting any type log that reports that it is wood. I had originally tried using the block material, but planks, wooden stairs and wooden half slabs all use the the wood material so that was out since initially I wrote the code to check to see if the adjacent block used the same block id. If you look closely you can see where the mini log is connecting to the leaf block an you can see the nub stick out to connect there. 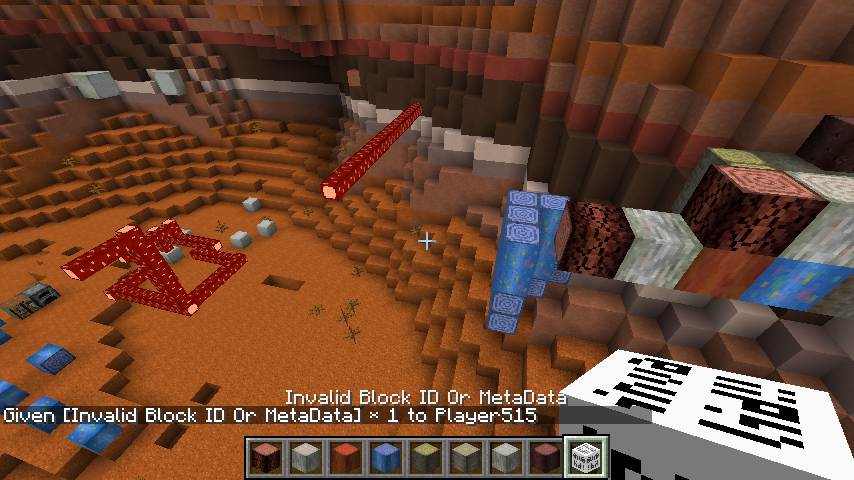 I also worked on the fixing up the whole multi-block system a bit so that if you some how had an invalid sub-block in your inventory or in the world it no longer crashed the game, but instead indicated that the block was invalid. The texture could probably still use a little more work for invalid blocks and items and I need to see if I can get it to render as 2D although that does not look to be all that promising with out some base edits that we will probably not do.

I also started in on the leaf blocks, they are going to take a little bit of work as they are getting a complete overhaul.  I am manually de-obfuscating all the code that I can so that we can actually tell what is going on internally (leafRange and chunkRange are much easier to understand than b0 and i1), and so that each leaf block does not end up eating 32768 integers like vanilla leaf blocks do and we do in EbXL 3.15.3 and below.

I'll try to have another update out tomorrow and I hope to have enough time to have the leaves up and running by then so that I can move on to the flowers, and Annysia, Zenth can play around with the blocks and get to creating template trees that myself and the other coders can create tree generation algorithms that generate similar results. It is one thing to say I want a Sugar maple tree that is approx 20 meters tall and a whole other thing to create code that generates the parts of said tree to give it a somewhat realistic feel.

Allaryin has been busy working on extracting all references to Project Dandelion, our top secret project that we want to really wow people with, from our private dev branch.  This way we can re-sync the public git, to allow others to contribute once again.
Posted by JLBShecky at 9:11 PM